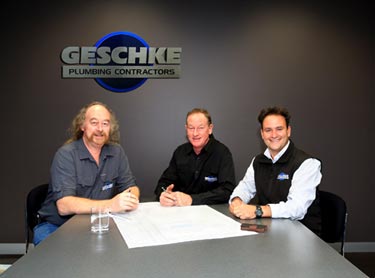 Under the management of Brian Geschke, the company (originally named Hayes and Geschke) quickly developed the ability and reputation to install plumbing and drainage services in all types of commercial and industrial projects.

Steven and John Geschke became joint owners of the company in 1989. Gareth Dickson joined Stephen and John and they have continued to expand, maintain and enhance the companies’ reputation to continually deliver major projects to builders on time and to the highest possible standard. Steven’s son Mark and John’s son David now have key roles in the company providing another generation to contribute to the success of Geschke Pty Ltd.

The company has the resources and ability to undertake any size and type of project.

Hospitals and Specialised Installations make up a large component of our past, current and future works.

Our ACAD and REVIT department led by Jesse Thorgersen, continues to keep Geschke plumbing at the cutting edge of our industry, providing clients and builders confidence with innovative and solid design parameters

ensuring all contracts are successfully completed with optimum performance.

We have worked with most of the major Builders, Project Administrators and Consultants in Melbourne. We consider excavation capacity one of our strengths.

Our own employees operate our excavation equipment.

Geschke Pty Ltd Plumbing Contractors are pleased to have received these awards. 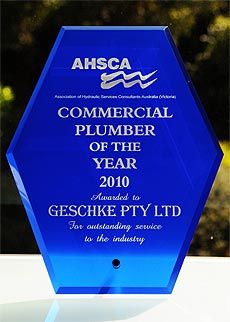 Commercial Plumber of the Year 2010 awarded by the AHSCA 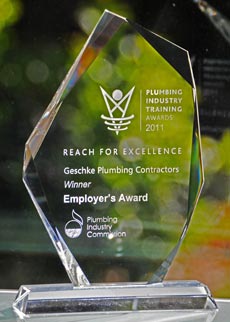 Employers Award 2011 for training from the Plumbing Industry Commission 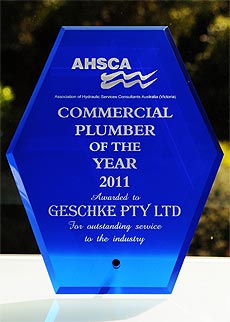 Commercial Plumber of the Year 2011 Awarded by the AHSCA 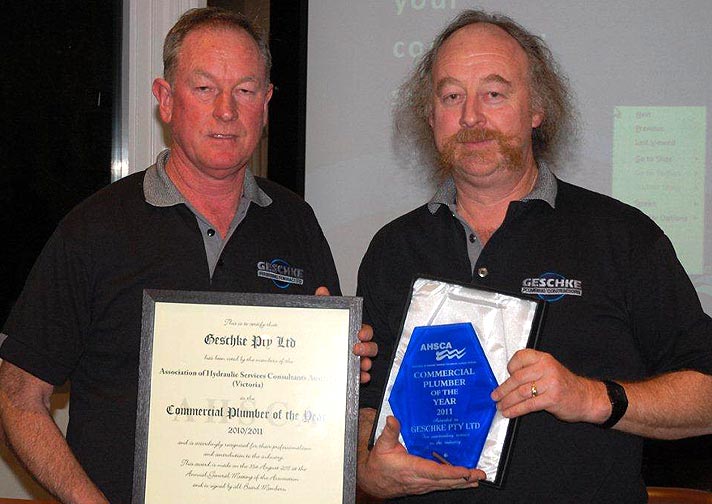 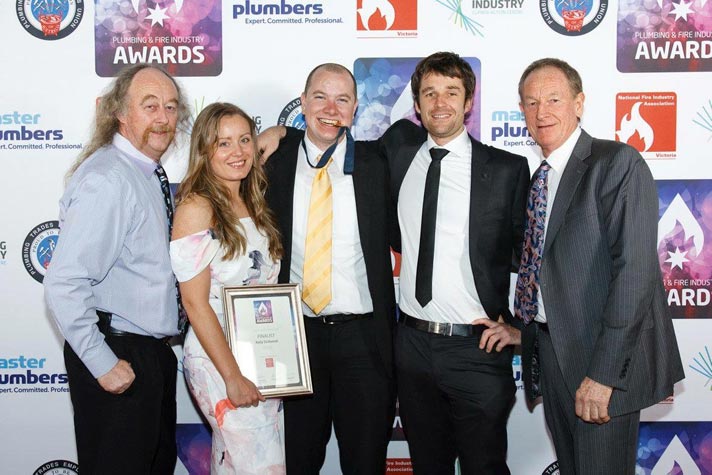 Apprentice of the year 2016 Callam 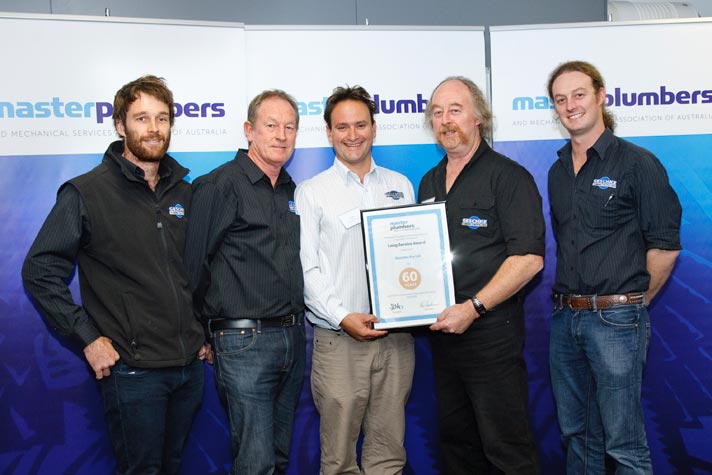 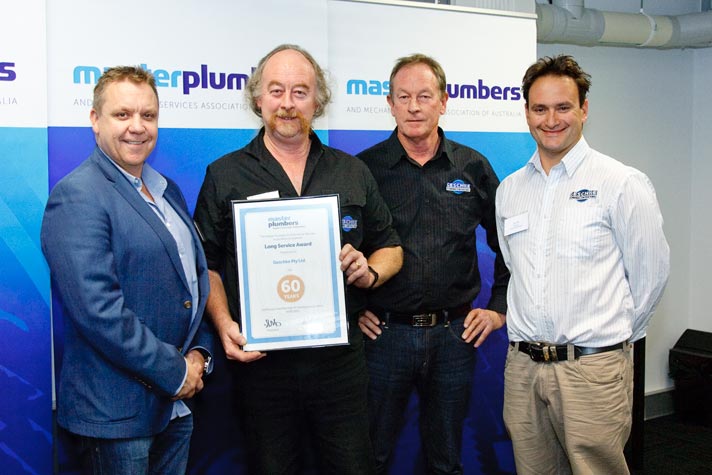 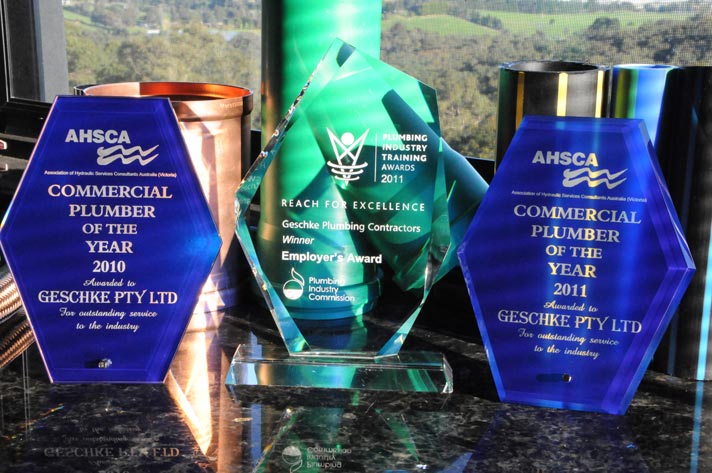 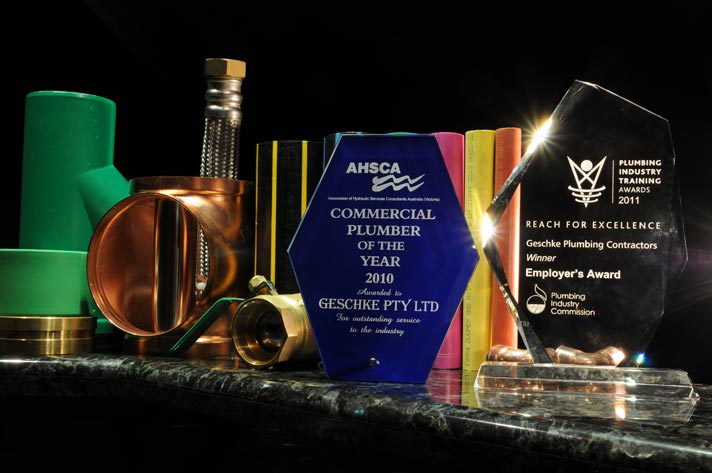 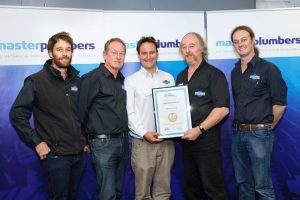 Association of Hydraulic Services Consultants Australia. In 2008 the AHSCA asked us to join their association as a Commercial Plumbing Affiliate Member. We embrace this membership which provides a forum bringing consultants, regulators, authorities, suppliers and contractors together benefiting the industry with our commercial installation experience. 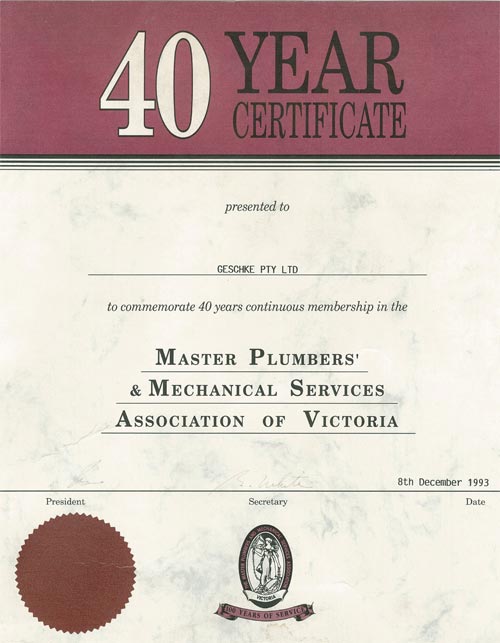 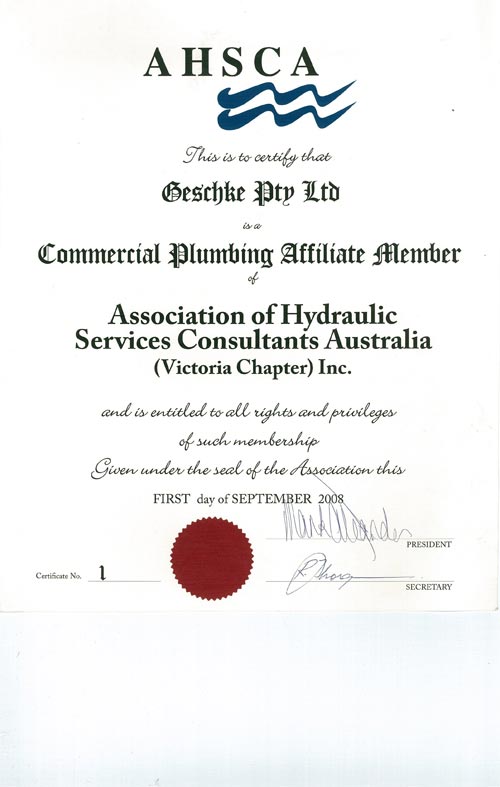